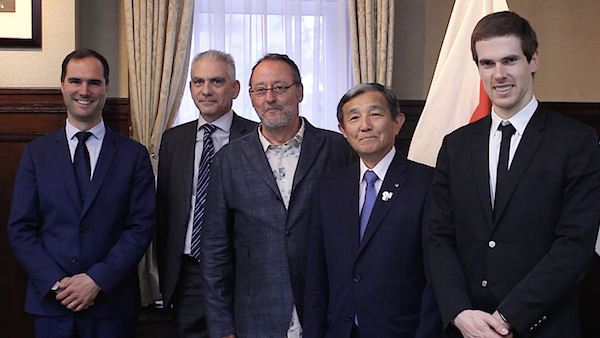 Groupe Lucien Barrière staked its claim in Wakayama on Tuesday with three major moves: opening their only Japanese office in that city, bringing their official brand ambassador Jean Reno for a tour, and meeting with Governor Yoshinobu Nisaka.

Led by company executives Alexandre Desseigne-Barrière and Jonathan Strock, it was explained that the Barriere development team had travelled Japan from the far north to the far south over the past five years, and it was only when they saw Wakayama’s Marina City did something click and they knew that they had found their preferred location.

Without completely rejecting interest in other parts of Japan, Wakayama was called the company’s “main focus” in the country and the location where they would be most active. Desseigne-Barrière even added a personal touch by noting that he hoped a success in Japan would become his own contribution to the storied French firm, making his late mother Diane Barrière proud of him.

The new Barrière office in Wakayama is officially open, but as of yet it has no staff members. They are in the process of hiring. They did explain that the purpose of the office would be to make contact with local companies in Wakayama and to get them directly involved in Barrière’s project.

Strock stated clearly that he believes Wakayama has a very good chance of becoming one of the three local governments that will win an IR license, and he renewed his view that having another IR at Yumeshima in Osaka was not a weakness but a strength. He again cited the promising example of Singapore and its two IRs in close proximity.

As before, the Barrière pitch emphasizes the elegance that they intend to imbue within their Japan IR, and that their designs would be specific to this project rather than a copy of something that they have done somewhere else. On this occasion they also put increased stress on maintaining harmony with nature, and the promotion of tourism to Mount Koya was mentioned more than once.

The charismatic Jean Reno told the gathered Japanese media that he had never before set foot in Wakayama, but that he hoped to come to the area many times in the future after the presumed success of the Barrière bid to build the Marina City IR. Reno was particularly animated when watching a large tuna fish being sliced up by expert hands at Marina City’s Kuroshio Market. 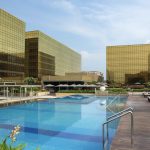 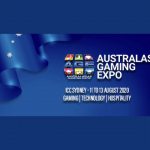 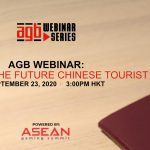