President Rodrigo Duterte has called for authorities to intensify their fight against illegal gambling, following the issuance of Executive Order No. 13, local media reports.

The executive order, which was signed on Feb. 2, directs the Philippines National Police (PNP), and the National Bureau of Investigation (NBI) to coordinate with the Department of Justice (DOJ), Department of Interior and Local Government (DILG) and the Department of Information and Communications Technology (DICT) in its campaign against illegal gaming.

“The State condemns the existence of illegal gambling activities as a widespread social menace and source of corruption, as it has become an influential factor in an individual’s disregard for the value of dignified work, perseverance and thrift,” the order read.

“The same law enforcement agencies are further directed to coordinate and promptly act on requests of gambling regulatory authorities to investigate and put a stop to illegal gambling activities in their respective jurisdictions,” it adds.

The President also clarified that the Philippine Amusement and Gaming Corporation (Pagcor), Cagayan Economic Zone Authority (CEZA), Authority of the Freeport Area of Bataan (AFAB), Aurora Pacific Economic Zone and Freeport Authority (APECO) are the only regulatory bodies with the authority to issue online gaming licenses in the country.

He added that confusion on the jurisdiction and scope of authority of gambling operators has contributed to the proliferation of illegal gambling in the country.

“Clarifying the extent of authority of gambling regulators, particularly with regard to online gambling, will not only facilitate the detection and suppression of unauthorized gambling activities, but it will also help ensure that gambling regulators act within the bounds of their respective mandates as well as strengthen the efforts of the National Government to monitor and collect revenues from legitimate gambling activities,” the order read.

The order also directs the various regulatory bodies to submit a report on their progress in fighting illegal gambling within six months from the effective date of the EO, and every six months thereafter. 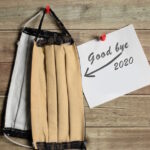