China’s manufacturing sector grew at its fastest pace in nine years in July, while manufacturing indicators in several other key Asian economies also showed signs of improvement after the Covid-19 slump.

The Caixin China General Manufacturing Purchasing Managers’ Index (PMI), which gives an independent snapshot of the country’s manufacturing sector, rose to 52.8 from 51.2 in June, reaching the highest since January 2011. A number above 50 signals an expansion in activity, while a reading below that indicates a contraction.

China’s GDP grew 3.2 percent year-on-year in the second quarter, returning to growth after a record 6.8 percent contraction in the first quarter.

Surveys of South Korean and Japanese manufacturing sectors in July also showed the countries had their best performances since February, although neither country has returned to growth.

Japan’s au Jibun Bank manufacturing PMI rose to 45.2, while in South Korea, the decline in the value of exports slowed. Official data showed a 7 percent fall in exports last month compared with the same period in 2019, marking an improvement from declines of more than 20 percent in April and May.

Despite the improvement, some analysts noted that the pace of ongoing recovery may be hampered by the sharp slowdown in economies elsewhere in the world. 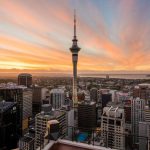 South Korea - February 22, 2021
The reports in the Korea media last week have proven to be correct: Caesars Entertainment has withdrawn from its project in Incheon, and in doing so gave up its last interest in Asian gaming under its new, US market-focused leadership.