Woolworths-owned pubs operator ALH Group is facing disciplinary action after investigations found that several of its venues had been found encouraging patrons to gamble longer.

The matter came to light in 2018, after whistleblower evidence was presented by federal MP Andrew Wilke, outlining what actions ALH staff would take to encourage patrons to stay gambling.

The company had been compiling personal information about their patrons such as drink preferences and favorite sports teams and rewarded staff with vouchers when their venues reached betting targets.

Staff at over 22 venues were found to be involved in these practices, which Woolworths said was “at odds with the priorities and values of our customers and the communities where we operate.”

On Wednesday, the NSW gaming regulatory started its disciplinary proceedings against the two pubs falling under its jurisdiction, which included Westower Tavern in West Ballina and South Tweed Tavern at South Tweed Heads, describing the illegal practice of providing gamblers with free alcohol at the venues as “systemic”.

“This is disgraceful conduct from the ‘fresh food people’ which repeatedly claim to be responsible when in fact they are the worst major pokies operator in Australia – keeping venues open as long as possible, lobbying against reform, plying gamblers with free grog,” Reverend Tim Costello, of the Alliance for Gambling Reform, said on Wednesday.

ALH now faces penalties including fines of up to A$110,000 (US$76,114) and suspension or cancellation of its licenses. 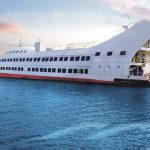 India - July 13, 2021
Delta Corp, India's largest casino operator, said its casinos in Goa will remain closed until at least July 19 after the government extended restrictions due to a surge in Covid. 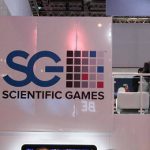 SG to buy out remaining stock in SciPlay digital unit

Elsewhere - July 15, 2021
Scientific Games says its buying out the 19 percent of digital games unit SciPlay that it doesn't already own in an all-stock transaction to create a combined company with a market value of $7 billion.