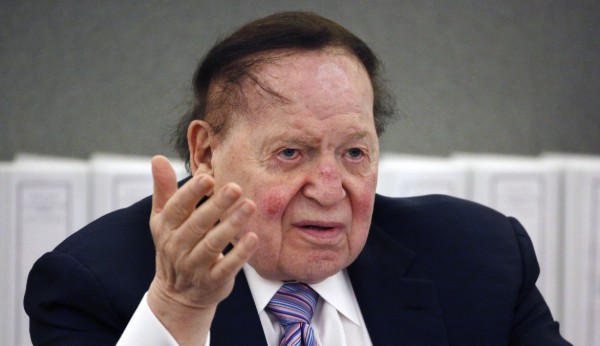 Moreover, the wording of the new legal opinion closely matches documents prepared in 2017 by lobbyists employed by Adelson, according to a report in the Wall Street Journal.
The Justice Department’s unexpected decision overturned its own policies established just eight years ago. Adelson’s view that the government’s policy should change was not shared by many other executives in the gaming industry, who see online gambling as a lucrative business opportunity.
According to the Wall Street Journal, Adelson “has long said that online gambling would decrease revenue at bricks-and-mortar casinos and that it could encourage underage gambling and addiction.”
The Justice Department rejects the notion that Adelson’s political influence played any part in the policy reversal, but for those who have watched the Las Vegas Sands chief pour tens of millions of dollars into the campaign coffers of President Donald Trump and the Republican Party, this will no doubt add to his reputation as a man who can bend US government policy to his will, whether deservedly or not.
Last October, ProPublica published an article documenting an attempt by President Donald Trump to lobby on Adelson’s behalf in the Japan IR licensing hunt.

September 10, 2020
Founded in 1999, Digitain’s brand has continued to expand and now serves a growing roster of global betting and gaming partners in both regulated and international markets. Digitain has more than 1,700 employees and provides in-venue betting solutions to more than 400 retail betting shops.