As the Japanese Diet moves next week toward a resumption of deliberations on Bill for the Promotion of Integrated Resort Facilities, better known as the “Casino Bill,” the Japan Academy of Integrated Resort & Gaming Studies held its 13th annual meeting at a Tokyo area hotel on November 2.

Unlike the large majority of annual meetings of Japanese academics, however, this one had participation from high level figures from the political world, including ruling party lawmakers such as Takeshi Iwaya of the Liberal Democratic Party and Kiyohiko Toyama the Komeito party, as well as prominent opposition lawmakers such as Yuichiro Tamaki of the Democratic Party and Nobuyuki Baba of Nippon Ishin no Kai (which hasn’t decided their official English-language party name yet).

Toru Mihara, Professor of the Osaka University of Commerce and vice-president of the academic society, explains to AGB: “We’ve been supporting the legislation to realize the establishment of casinos for more than twelve years… We are helping the process of legislation itself. From an academic point of view, we are helping how to structure the legislation. That is why [the politicians] are keenly respecting us.”

The Casino Bill debate is now expected to resume on Wednesday, November 9, though the prospect for the passage of the bill remains uncertain. Not only does the ruling coalition Komeito Party remain deeply skeptical about the legislation, it is by no means clear that enough time will remain in this parliamentary session for the bill to clear all the hurdles.

Should the Casino Bill pass, this is simply the initial step enabling the process to move forward to the next steps. Further legislation would be needed in future years to spell out the policy details about how many integrated resorts would be authorized, what the terms of that authorization would be, and how to deal with associated issues of public concern such as gambling addiction and the possibility of infiltration by organized crime.

Countering the critics, Professor Mihara asserts that his nation is just about the only developed nation that does not allow casino-style gambling, which is something that he finds to be unsatisfactory. 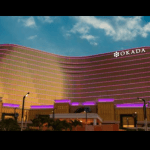 May 11, 2020
Fitch Ratings has downgraded Universal Entertainment’s credit rating due to the impact of the coronavirus on the gaming industry and said it expects the group’s Okada Manila property to post a 70 percent drop in Q2 revenue. 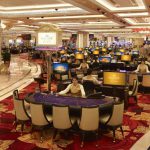 May 19, 2020
Analysts at Bernstein Research expect Macau to report a 90-95 percent year-on-year fall in GGR in the month of May, as the gambling enclave...

May 22, 2020
Aristocrat Leisure on Thursday announced its financial results for the six months ended March 31. Group revenue increased 7 percent to A$2.25 billion (US$1.5 billion),...