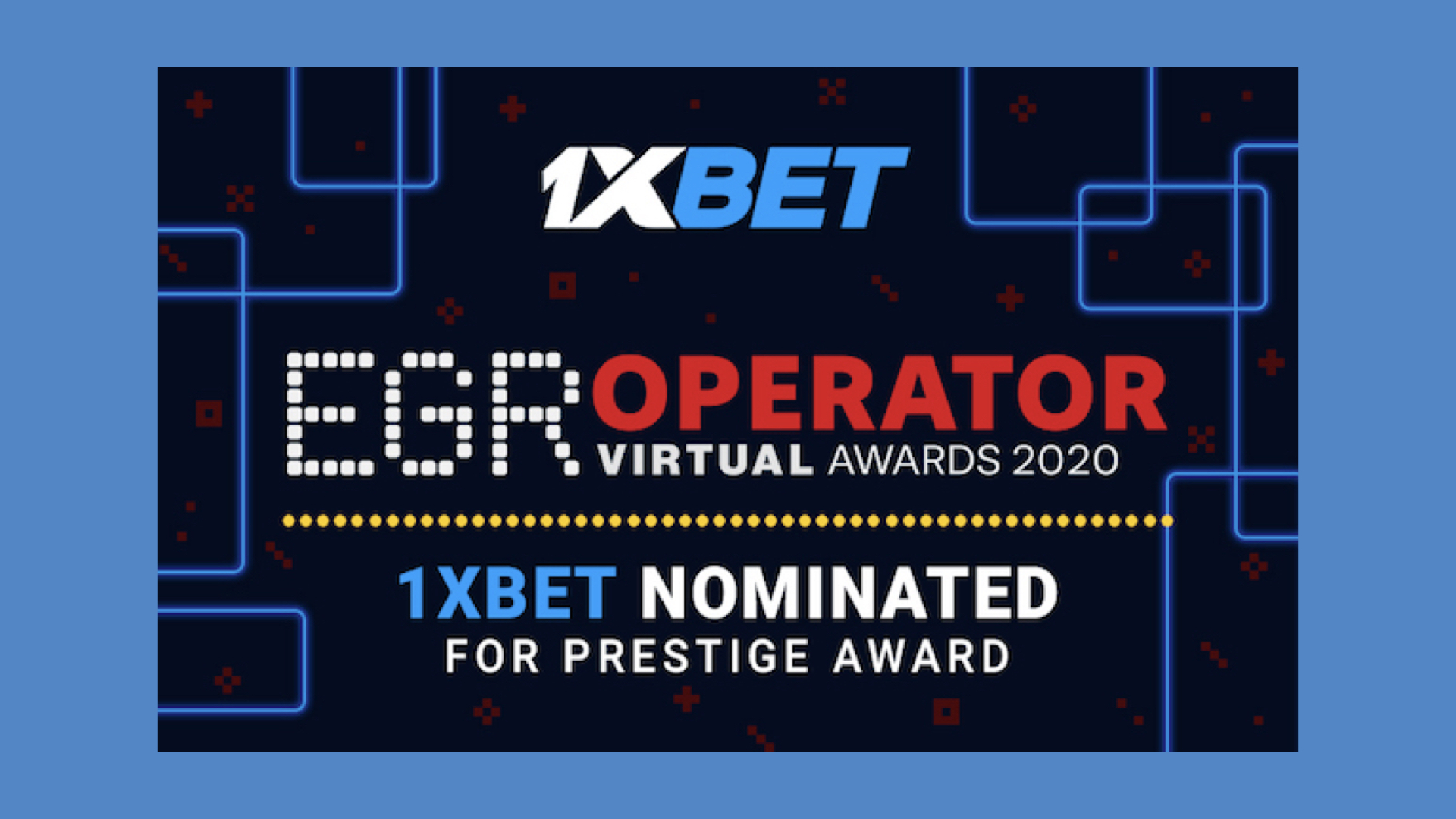 1xBet says it has been nominated by the EGR Operator Awards in the category of “eSports Operator” along with seven other nominees.

The winner will be announced during an online ceremony on November 11th-12th, 2020.

“Being one of the nominees for this award is an honour for us,” company representatives said in a release. “This is not the first time that we have been nominated for a high-calibre international award, in fact, we have won several prestigious awards already – yet still, we greatly appreciate the recognition each time. It is always an indicator that we are moving in the right direction and that the efforts of 1xBet are appreciated not only by our players but also by internationally renowned experts.

It is also pleasant to be among the best in a category which is becoming increasingly relevant each year. Esports is continually growing and gaining even more fans who see it as an opportunity for excitement and fun. We give such fans the opportunity to support their favourites and win together with them. Therefore, we will continue to make every possible effort to develop this sector,” they said.

The panel of judges who will determine the winners of the ceremony traditionally include a number of reputable representatives from the betting industry. The impartiality of voting is ensured by maintaining the secrecy of the list of judges until the end of the voting. The voting itself and verification of its results are carried out with the support of eminent auditing company Deloitte.

Court tells IPI to send representative who can make decisions

Pacific Islands - December 28, 2020
The US District Court of the NMI has told Imperial Pacific International  to send a representative with full authority to participate in a settlement conference for a sexual harassment case.