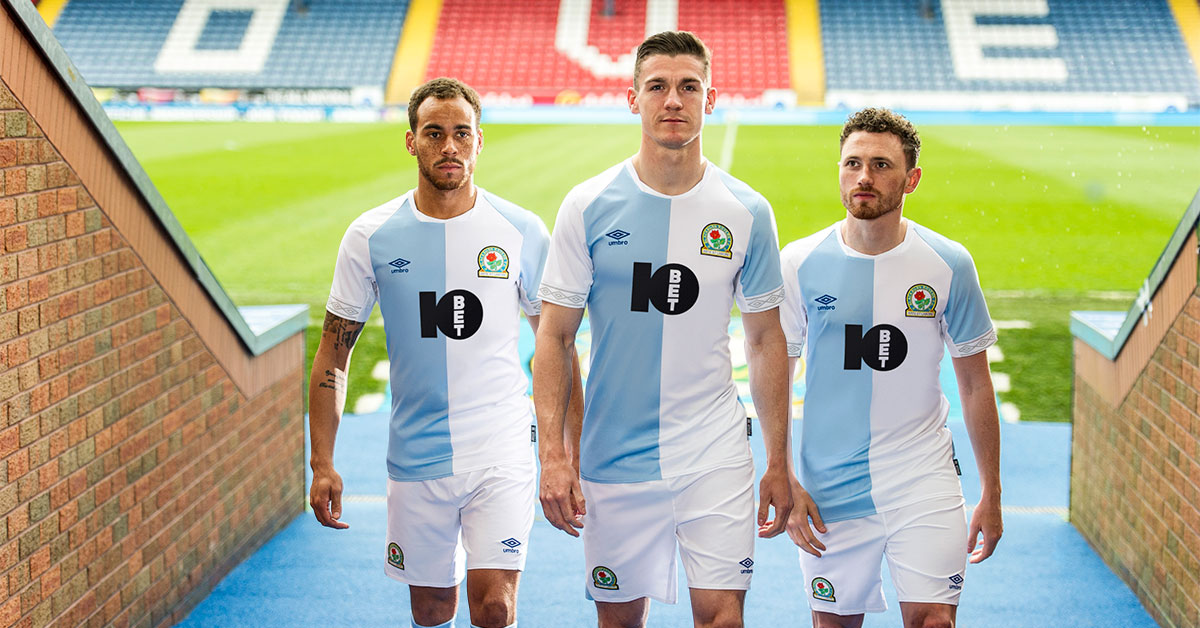 As the main partner of one of England’s longest-established football clubs, 10Bet’s new visual identity will feature on the front of the team’s home and away shirts and be displayed around Ewood Park, on the front cover of each match programme, and on the Blackburn Rovers website.

The deal is part of 10Bet’s aggressive expansion strategy in the UK market.

A founder member of both the Football League and the Premier League, Blackburn Rovers F.C. have been crowned English champions three times, most recently in 1995, making them one of only six sides to take the title in the modern era. After earning promotion to the EFL Championship last season, the club will begin the 2018-19 campaign away to Ipswich Town on August 4th.

Daniel Corcos, 10Bet marketing director, said: “Blackburn are an iconic English club with a large and passionate fan base and represent a superb fit for our growing UK brand. We’re lining up a wide range of events and initiatives to engage directly with the club’s supporters and the local community, and look forward to supporting Blackburn on their way back to the Premier League.”

Rovers’ chief executive, Steve Waggott, added: “We are delighted to welcome 10Bet on board as the club’s principal sponsor. It is great to partner with a forward-thinking brand which, like ourselves, has ambitious targets over the coming years.

“With the launch of 10Bet’s new visual identity, the timing is perfect, and Blackburn Rovers are the ideal vehicle for projecting the power of their brand in the UK market. Hopefully our journey together will bring great success, both on and off the pitch.”