March 31, 2020
Australia-listed Silver Heritage Group said its 2019 loss attributable to shareholders widened significantly due to impairment charges on its operations in Nepal.

September 12, 2019
Silver Heritage Group has announced that the buyer of its Nepal operations has missed its September 10 deadline to pay a deposit of $3 million, due to circumstances outside of both parties.  In July, Silver Heritage announced it had received a conditional binding offer from a Nepali businessman to buy its operations in Nepal for […]

August 24, 2017
Australia-listed Silver Heritage Group posted a widened loss of US$3.5 million for the first half of 2017, compared to US$1.6 million in the prior year period. Silver Heritage said an increase in costs following the group’s IPO in August 2016, together with additional interest an option expenses associated with increasing the group’s borrowings during the […]

February 5, 2015
Silver Heritage Limited has started operating The Millionaire’s Club & Casino at Shangri La Hotel in Kathmandu, Nepal, according to local media. The new boutique casino has 22 live gaming tables and 40 electronic machines. It will run from 6 pm until 2 am, but the company plans to have it running 24/7, said eKantipur.com […]

Silver Heritage to get Nepal license within two weeks

January 19, 2015
Nepal’s government is likely to grant a license for Silver Heritage to open the Shangri-La casino in the capital Katmandu within the next two weeks, local media said. A few days ago, the regulatory body issued a special pre-approval, which said that Silver Heritage should prepare the casino for its re-launch. Silver Heritage said in […]

Nepal’s casino industry is recovering from a series of deadly earthquakes and a temporary border blockade with India last year, with international casino operators increasingly eyeing the market as a way to tap potential from neighboring India. Visitor numbers to the Himalayan nation by air jumped 12.77 percent in the first half of this year to 313,512, compared with about 277,992 visitors in the same period last year. In the first half of 2014, tourist arrivals had reached 412,461. 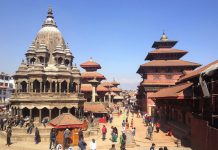 Nepal’s casino industry is forecast to bounce back in 2016 after a devastating earthquake last year and an unofficial border blockade imposed by India. According to Union Gaming Analytics, an industry consultant, the Indian market could have the potential for US$4 billion in gaming revenue and Nepal casino insiders say operators are perfectly positioned to attract those players.The industry in Nepal has faced a tumultuous few years, with the government shuttering all casinos in 2014 after failure to comply with new regulations and pay outstanding license fees. The casinos began reopening in 2015, with many under new management, only to be hit by an earthquake in April, followed up by an unofficial border blockade by India. 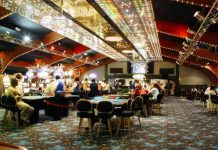 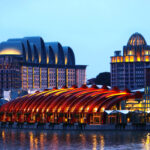 Singapore - February 9, 2021
Genting Singapore expects a lacklustre year in 2021 as visitation to Singapore is likely to remain restricted and does not see a significant improvement from the results achieved in H2, 2020, Bernstein Research noted.

Philippine Q4 GGR up 46% from prior quarter

Philippines - February 16, 2021
Gross gambling revenue in the Philippines rose 46 percent in Q4 from the prior quarter, though was still sharply down on the year before, according to figures from the Philippine Amusement and Gaming Corp. (PAGCOR).