Founded in 2009 and based in Macau, the Tak Chun Group is a junket operator which owns and operates gaming clubs in hotels. It also offers concierge services, limousine travel, catering, and ticketing services for performances, dramas, exhibitions, concerts, multicultural events, and sports events for its club guests.

Levo Chan is the chairman of the Tak Chun Group, a junket operator which owns and operates gaming clubs in hotels.

December 1, 2020
The Tak Chun Group said it has been offering "ex-gratia" payments to staff who voluntarily leave the company for a limited time. "We believe that this scheme offers our staff a viable option for planning ahead under the current market condition," it said.

Levo Chan boosts stake in Macau Legend to over 33%

November 25, 2020
Levo Chan, CEO of junket promoting firm Tak Chun Group, has increased his stake in Macau Legend Development to 33.19 percent, consolidating his position as the leading shareholder, even as changes are made to the composition of the board. 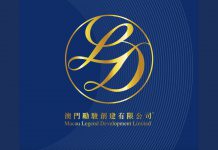 September 21, 2020
Tak Chun CEO Chang Wen Lin may make a mandatory offer for all of the outstanding shares in Macau Legend for HK$1.9 billion ($245 million) after acquiring a stake in the operator. 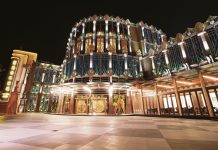 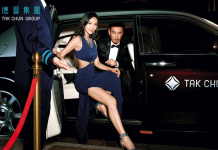 September 14, 2018
A spokesperson from Tak Chun Group has denied recent media reports that it is considering opening VIP rooms in Cyprus and South Africa. The report initially came from a local media outlet on Thursday, paraphrasing comments from Tak Chun’s group chief financial officer, KH Tsang during an event related to their Starworld VIP club expansion. […] 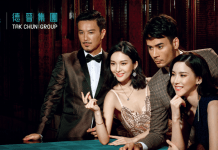 September 13, 2018
Tak Chun Group chief financial officer, KH Tsang, says the company is considering opening VIP rooms in Cyprus and South Africa, according to a report from Macau Business. Tsang’s announcement comes after expansion of the group’s VIP room at StarWorld Casino, and the opening of a new VIP club at Four Seasons Hotel earlier this […] 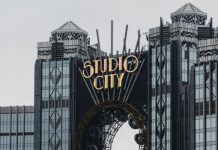 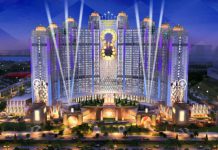 October 20, 2016
The Gaming Inspection and Coordination Bureau (DICJ) has confirmed it is analyzing an application submitted by Melco Crown Entertainment to install VIP tables at its Studio City resort, Macau Business Daily reports. In a response to the news outlet, the gaming regulator said that Melco Crown hadn’t specified “if they want to [get] new tables […]

July 6, 2016
Melco Crown’s Studio City is set to open its first VIP gambling rooms targeting Chinese high rollers, Bloomberg reports. The integrated resort is said to be planning three VIP rooms to open as early as this quarter. According to local sources, junket operators Suncity Group and Tak Chun Group are among the gaming promoters that […]

Cambodia’s casino boom is continuing, with a 53 percent increase in licenses granted during 2018 and growing interest from Macau-based operators and junkets as Chinese tourism and investment surges. 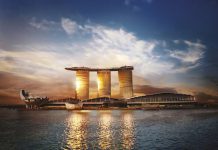 As regional gambling revenue slumps, some companies are finding a new marketing strategy isn’t enough to draw the crowds and instead are trying for a complete rebrand. Operators such as Star Entertainment, Donaco and Macau junket Tak Chun has all recently tweaked their image. However, rebranding is a complicated and costly process, especially if you get it wrong. 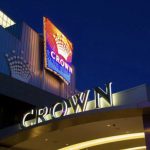