The Singapore Tourism Board is a statutory board under the Ministry of Trade and Industry of Singapore, tasked to promote the country’s tourism industry.

Chew Tiong Heng is the executive director for infrastructure planning and management at the Singapore Tourism Board. 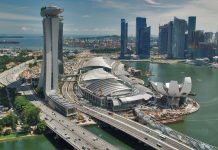 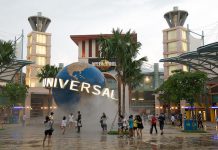 August 5, 2020
Singapore Tourism Board CEO Keith Tan said he expects the island nation’s two IRs to move ahead with their plans to expand their resorts, but that delays are “inevitable” given the Covid-19 situation.

July 31, 2017
Tourism spend in Singapore rose 15 percent year-on-year to S$6.4 billion (US$4.7 billion), while visitor arrivals grew 4 percent to 4.3 million in 17Q1, according to data released by the Singapore Tourism Board on Monday. Shopping saw the greatest growth in expenditure, rising 38 percent year-on-year in the quarter to S$1.6 billion. Accommodation and food […] 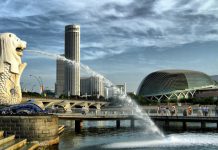 February 14, 2017
Visitor arrivals and tourism spending in Singapore hit record highs in 2016 despite challenging economic conditions, according to figures released by the Singapore Tourism Board (STB) on Tuesday. While visitor arrivals grew 7.7 percent to 16.4 million in 2016, tourism receipts rose even higher, increasing 13.9 percent to SG$24.8 billion (US$17.5 billion) in 2016. “The […]

February 1, 2017
Las Vegas Sands subsidiary Marina Bay Sands is looking to sell 49 percent of its stake in luxury mall, the Shoppes  for US$3 billion to US$3.5 billion, local media reports. The sale would mark one of the most expensive malls ever sold in the world, said LVS chairman and chief executive Sheldon Adelson in an […]

December 13, 2016
Shopping has taken over gambling as the biggest earner in Singapore’s tourism industry, rising 44 percent year-on-year in the six months through June, says Bloomberg. According to official data, the period marks the first time that shopping revenue has outpaced casino revenue since 2012. Around 2.1 million Chinese visited Singapore last year, said Bloomberg, double […]

November 11, 2016
Singapore tourism receipts grew 12 percent year-on-year to S$11.6 billion ($8.2 billion) in the first half of 2016, according to the latest statistics released by the Singapore Tourism Board. The growth was driven by strong growth of visitor arrivals in the six months, as well as increased spending on shopping, accommodation and beverage components. The […]