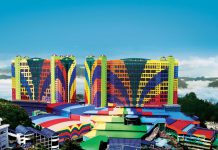 Casino tax hike not as bad as expected, say analysts

July 4, 2019
Shares in Genting Bhd and Genting Malaysia rebounded sharply upwards following the release of their 2019 first-quarter earnings, showing the impact of the casino tax hike was not as bad as initially expected, The Edge Financial Daily reports.  Last month, Genting withdrew its application for a judicial review against the Ministry of Finance’s (MOF) decision […]

December 15, 2017
Malaysia’s Resorts World Genting will open a Zouk Genting nightclub in January as part of its ongoing efforts to revamp the resort and improve its entertainment offerings. The club is created by the team behind Zouk Singapore and the company says it will “revolutionize” Malaysia’s nightlife scene. It will consist of four zones: Zouk Beach, […] 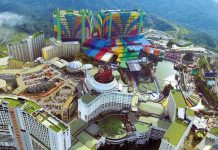 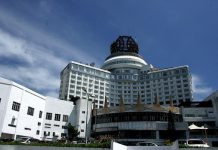 March 10, 2017
Genting Malaysia may be another beneficiary of China’s decision to restrict travel to South Korea as it rolls out the expansion of its Resorts World Genting resort, local media cited a Credit Suisse report as saying. China has banned travel groups to South Korea from March 15, allegedly in retaliation for South Korea’s approval to […]

March 9, 2017
Interblock has recently completed the installation of a 50-seat Stadium at Sky Casino, a new casino to Resorts World Genting Malaysia scheduled to open on February 28. Michael Hu, Interblock vice president of Asia, said, “We are pleased to expand the Interblock footprint within the new Sky Casino, and to introduce our customers to Interblock’s […]

March 8, 2017
Genting Bhd, the Malaysian conglomerate that controls the country’s only casino operator, as well as Genting Singapore and properties in the U.S., Bahamas and the U.K., offers a good value entry point to Association of Southeast Asian Nation gaming markets, CLSA notes. The firm says Genting’s revalued net asset value is at a 24 percent […]

August 29, 2016
Casino operator Genting Malaysia has reported solid performance in the second quarter of 2016, helped by strong results in its UK casino operations, according to the firm’s announcement on Thursday. Total revenue in the quarter increased 13 percent year-on-year to RM 2.2 billion ($544.6 million) in 16Q2, while net profit more than doubled to RM […]

February 24, 2016
Genting Malaysia has doubled its planned investment to revamp facilities at its flagship Resorts World Genting property in the Genting Highlands. The company says it will now invest RM10.38 billion ($2.46 billion), up from its original plan to spend RM5 billion on the ten-year Genting Integrated Tourism Plan. The plan was launched in December […]

January 28, 2016
Roberto Coppola, global director of research & consumer insights at YWS Design & Architecture will participate in the International Casino Conference, taking part in the panel: “Engaging with Millennials” on February 1st in London. With gaming industry colleagues covering the perspectives of social and land-based gaming trends, Roberto’s panel will discuss: key drivers of the […] 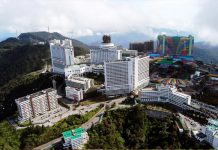 Genting Malaysia brought down by GENUK; buoyed by RWG

July 14, 2015
Maybank Kim Eng says it is excited about Resorts World Genting’s premium mass-focused Sky Plaza casino, opening in mid-2016, forecasting such a market could boost Genting Malaysia’s profit by MYR150 million ($39.3 million) per year. The research house said in a note that for every 10 percentage point share of gross gaming revenue migrated from […]

May 29, 2015
Genting Malaysia posted higher Q1 revenue and profit, helped by its businesses in the U.S. and Bahamas, but warned of an uneven economic outlook across the markets in which it operates and said the gaming environment is challenging. Revenue rose 3 percent to RM2.1 billion ($575 million), with a RM57.2 million contribution from its casino […] 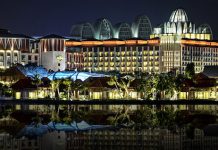 May 15, 2015
Genting Singapore 15Q1 profit plunged 64 percent as VIP gaming dried up and the mass market remained relatively flat, with the company predicting no end in sight to the problems in the high roller segment. Net profit plunged to S$91.7 million from $257.5 million a year earlier. Earnings per share slumped 72 percent to $0.52 […] 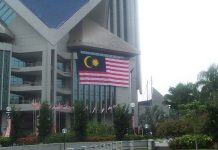 Malaysia has launched a major crackdown on illegal gambling and this time says it will stamp out the practice for good, though some observers are less optimistic. They say without changes to the law to specifically target online activities, stamping out the problem may be a tough call.

Genting Malaysia continues to roll out new facilities under a MYR10 billion ($2.3 billion) revamp plan, though a theme park development with 20th Century Fox, seen as a key driver for growth, has now been delayed until the second quarter of next year. The company's new Sky Casino mass floor is now open and the third and fourth floors catering to VIPs are scheduled to open this quarter.

Genting Malaysia, the country’s only casino operator, is ramping up preparation works as it prepares to begin rolling out the first stages of its RM10.38 billion ($2.46 billion) Genting Integrated Tourism Plan in the second half of this year. The company, which has said that it expects the economic environment to be challenging in 2016, is forecast to open its Sky Avenue & Sky Plaza shopping malls, and a new cable car station progressively by the end of the year. However, its much touted Twentieth Century Fox World theme park has been delayed to late 2017. The plan is still seen as the main catalyst for growth at the company as its overseas operations face headwinds.

As VIP revenue from China’s high rollers continues to slump, Malaysia’s Genting Group is seeking to carve a niche for itself by targeting the more profitable premium mass segment across its Asian properties.The conglomerate has aggressively embarked on a slew of facelifts or new projects, such as launching new hotels and gaming floors across various properties, in a move to woo the premium mass gambler.

Malaysia’s only casino operator, Genting, is now one and a half years into a huge RM5 billion ($1.3 billion) renovation project at its 50-year-old Resorts World Genting property, with construction works proceeding mostly to schedule. A recent AGBrief visit to the casino found the property busy, despite ongoing works, with a 13 percent increase in hotel capacity scheduled to come onstream in July.