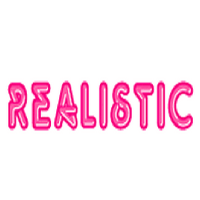 Based in Reading, Berkshire Realistic Games is a leading supplier of high-quality, electronic gaming content to some of the world’s most successful operators. Its technologists, designers and modellers have many years of experience in both the land-based and digital gaming markets. The team specializes in creating roulette, blackjack, slots, and fixed odds games tailored to a wide variety of devices, including PCs, iPhones, iPads, Android phones and tablets, and gaming machines.The games are fully-hosted on our ReGaL games platform, and are accessible to customers through a simple integration. ReGaL first went into production for Stan James in April 2011. Subsequent launches followed with BetVictor, Ladbrokes, bet365, Boylesports, Paddy Power, William Hill, Coral, Gala Bingo, Bede Gaming, Gaming Realms, Daub, Betfair, NYX, Rank, Optima, FSB, Leo Vegas, Vera and John and Betsson. 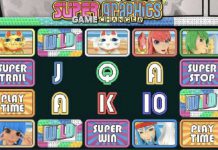 September 11, 2020
UK-based Realistic Games has announced the revamp of one of its most popular titles, the anime-themed Super Graphics Game Changer. This title features the anime character Satsuki on a five-reel, forty-line slot, offering players the chance to win a prize of up to 100,000x their bet on over four billion different feature board layouts. The […] 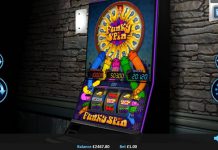 July 11, 2019
Casino content developer Realistic Games is bringing the funk back with its latest release, Funky Spin. The groovy three-reel, five-win line game offers three different progressive pots – Gold, Silver and Bronze – across every stake level, giving the player a choice of 24 pots to play for in a twist on the standard progressive […]

April 16, 2019
Casino content provider Realistic Games is set to supply its games to operators using Microgaming’s platform, following a content distribution agreement between the two. The Reading-based studio will provide its fellow supplier with a growing portfolio of both three and five-reel slots. This agreement will expand Realistic’s territorial reach even further while complementing Microgaming’s existing […]

September 28, 2016
The reigning EGR Mobile Supplier of the Year, Realistic Games has joined forces with BetConstruct to offer customers both its table and slot games. The content roll-out will include Realistic’s market-leading versions of blackjack and roulette, as well as hit slot titles Super Graphics Upside Down, 6 Appeal, Fireworks, and The Fruit Factory. Andy Harris, […]

August 17, 2016
Slots produced by Realistic Games are now live at online casino Vera&John. Among the first games made available to players at the Malta-licensed Vera&John are Realistic’s popular Japanese anime title, Super Graphics Upside Down, and recent smash hit, Fireworks. The deal, facilitated by the supplier’s integration with NYX Gaming Group’s OGS distribution platform, will also […]