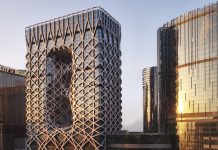 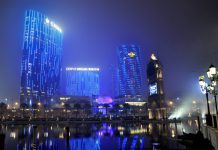 June GGR tracking around 20 percent as mass picks up: MS

June 22, 2018
Macau’s gross gambling revenue is tracking for a 20 percent gain in June, helped the opening of Melco Resorts & Entertainment’s Morpheus Hotel and the Dragon Boat festival, Morgan Stanley said in a note.

June 20, 2018
Melco’s new 772-room hotel tower Morpheus will double the number of rooms available for premium mass customers, while increasing room capacity at City of Dreams by 50 percent, said Bernstein in a note on Tuesday. At the moment, premium mass rooms have largely concentrated at the Grand Hyatt, with NuWa largely catering to VIP customers […]

June 18, 2018
Melco’s Lawrence Ho is confident his company will be granted more new-to-market gaming tables next year, TDM News reports. The company’s newest hotel tower, Morpheus, officially opened its doors on Friday after receiving its hotel and gaming license on Thursday. The 770-room hotel opened with 40 gaming tables transferred from other Melco properties, however, Ho […]

June 15, 2018
After unveiling the concept in late-2016, Melco Resorts’ first wholly-developed hotel tower, Morpheus, celebrates its grand opening today. Morpheus is the first hotel brand to be wholly developed and created by Melco Resorts, which it says will “set a new benchmark for ultra-luxury hospitality in Macau.” The hotel tower is known visually for its unique […]