Leisure & Resorts World Corporation (LRWC), a listed Company at the Philippine Stock Exchange, was originally incorporated on October 10, 1957 as Atlas Fertilizer Corporation and engaged in fertilizer and industrial chemicals production.As part of the corporate restructuring of the Company in 1996, the Company’s primary purpose was amended in 1999 to engage in realty development focusing on leisure business.When the company acquired AB Leisure Exponent, Inc. (ABLE) as its wholly owned subsidiary in October 1999, LRWC extended its business to professional bingo gaming through Bingo Bonanza Corporation. ABLE’s bingo parlors have become community and entertainment centers, a source of revenue for the government, and a sponsor for fundraising activities relating to social and educational programs.On September 20, 2005, LRWC acquired First Cagayan Leisure and Resort Corporation (FCLRC), which has an existing license agreement with the Cagayan Economic Zone Authority (CEZA) to develop, operate and conduct internet and gaming enterprises and facilities in the Cagayan Special Economic Zone Freeport. FCLRC receives and processes applications for and issues interactive gaming licenses as well as regulates and monitors all operators of internet gaming in the Cagayan Special Economic Zone Freeport. LRWC also owns 30 percent of Binondo Leisure Resort, Inc., a company engaged in hotel and recreation business. LRWC is functioning basically as a holding company with minimal operations. The company is still focusing its endeavor in supporting the productivity programs of its wholly owned operating subsidiary, ABLE and its 69.7 percent owned subsidiary, FCLRC.

July 6, 2020
Leisure & Resorts World Corp, which operates bingo parlours and online gaming in the Philippines, reported a drop of 18.9 percent in gross profit in the first quarter, due to Covid-19 mandated lockdowns.

December 11, 2019
Leisure & Resorts World Corporation (LRWC) has reeled back comments from its chairman Mr. Eusebio Tanco, which suggested that its integrated resort project on Boracay island with Galaxy Entertainment is completely dead. Last week, Tanco was quoted in the Manila Standard as saying that LRWC will “no longer pursue” a plan to build a $550-million […] 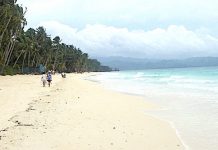 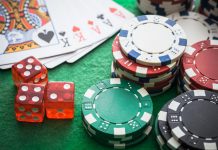 LRWC geared up for expansion 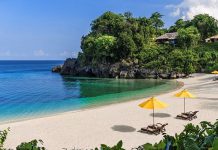 No casinos on Boracay, government insists

August 15, 2018
No casinos, either new or existing will be allowed on the island of Boracay once it reopens after a tourism ban to reverse environmental damage, Tourism Secretary Bernadette Romulo-Puyat was cited as saying at a conference in Manila.

July 3, 2018
The Philippine Amusement and Gaming Corp said the decision to put a moratorium on issuing further land-based casino licenses in the country was designed to protect investments made by existing operators.

May 21, 2018
Leisure & Resorts World Corp. said its Q1 profit dropped nearly 70 percent following its divestment from the City of Dreams, non-recognition of deferred tax assets and pre-opening expenses from a planned casino on Boracay.