Corona Resort and Casino is the first of three properties in Vietnam to be authorised by the government to allow economically-qualified locals to enter casinos, under a three-year trial scheme.

The property is located on Phu Quoc,  the largest island in Vietnam.

Peter is the general manager of the Corona Resort & Casino in Vietnam, which opened in early 2019 and was the first to allow locals to gamble. 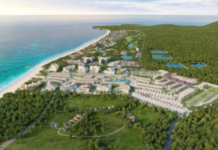 January 25, 2021
The Corona Casino in Phu Quoc, Vietnam, held a party and other celebrations to mark its second anniversary since its opening in early 2019.

Corona Casino achieved H1 revenues of US$30 million despite pandemic

October 23, 2020
The Vietnam Ministry of Finance said that despite complicated epidemic diseases in the first half of 2020, the Corona Casino in Phu Quoc achieved revenue of about VND700 billion (US$30 million) and paying taxes of about VND212 billion.

October 16, 2020
The island of Phu Quoc is hosting a series of events aimed at boosting tourism. Called the Mega Series, the events include a poker championship. The island is home to the Corona Resort & Casino, the only one in Vietnam that allows locals to gamble. 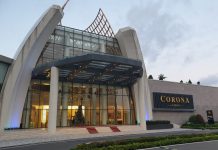 August 25, 2020
Vietnam’s eight operational casinos have doubled their revenue in the past three years, from VND1.19 trillion in 2017 to VND2.5 trillion in 2019, according to Ministry of Finance figures cited by local media.

Corona Resort reopens as of May 8

May 11, 2020
The Corona Resort & Casino has reopened as of Friday 8th May, following a three-week closure to prevent the spread of the coronavirus.  According to an announcement on its website, written in Vietnamese, the Corona Resort is the first locals-permitted property in the country to reopen. The operator said it will launch a number of […] 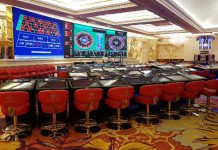 October 4, 2019
Casino Corona posted a pre-tax profit of VND108 billion (US$4.7 million) in the first six months of operation, according to reports. The casino, which opened in January, is part of an amusement complex built by Phu Quoc Tourism Investment and Development JSC, located on Phu Quoc Island off Vietnam’s southern coast. The casino is part […]

Vietnam’s gambling industry stayed largely out of the headlines in 2019, though projects have been inching their way forward, with the country’s largest resort to date scheduled to open in the first half of this year.

Vietnam’s hotly anticipated locals gaming program has got off to a slow start, with remote locations and red tape cited as key factors in deterring visitation.

Can Corona lure in the locals?

On first glance, the island of Phu Quoc, with a population of just 100,000, would appear to be an unusual destination for arguably Vietnam’s most significant casino development to date.

How casinos are getting creative in retaining staff

With an increasing number of casinos emerging throughout Asia, the industry is becoming a popular career choice for ambitious individuals from across the region. 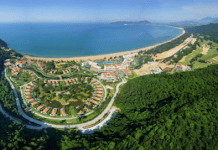 Despite regulatory uncertainty and a relatively high risk profile, land-based operators will be closely watching developments across the Indochina region over the coming months. 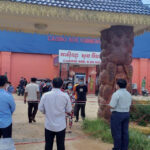 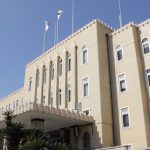