The Anti-Money Laundering Council (AMLC) was created pursuant to Republic Act No. 9160, otherwise known as the “Anti-Money Laundering Act of 2001” (AMLA), to protect the integrity and confidentiality of bank accounts and to ensure that the Philippines shall not be used as a money laundering site for the proceeds of any unlawful activity.The AMLC is the Philippines’ Financial Intelligence Unit (FIU) tasked to implement the AMLA, as amended by Republic Act Nos. 9194, 10167, and 10365, as well Republic Act No. 10168, otherwise known as the “Terrorism Financing Prevention and Suppression Act of 2012”.

October 24, 2017
The Philippines Anti-Money Laundering Council (AMLC) on Friday released its new set of rules aimed at strengthening the country’s casinos against illegal money laundering. The 23 page document sets out new rules and regulations which apply to all casinos in the country including internet and ship-based casinos. One of the new rules stipulates that the […]

All casinos to be covered by AML bill

November 2, 2016
A bill that mandates casinos to report all suspicious transactions to the Anti-Money Laundering Council (AMLC), regardless of the amount, has been proposed in the Philippines’ House of Representatives, local media reports. Quezon City Rep. Feliciano Belmonte Jr. said the bill will require all casinos, including Phillippines licensed online casinos, to report suspicious and covered […]

May 12, 2016
The Philippines government has begun the process to strengthen its AML and bank secrecy laws, Reuters reports. Starting May 10, the Department of Finance said it was working with the Anti-Money Laundering Council and the Central Bank to include casinos into the list of entities covered by anti-money laundering law. A draft bill has been […] 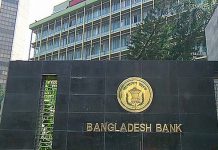 May 5, 2016
Casino junket operator Kim Wong has completed the turnover to the Anti-Money Laundering Council of a further PHP 250 million, representing some of the funds stolen from the Bangladesh central bank and laundered through Philippine casinos. The handover was the fourth and final tranche of funds that Wong says he unwittingly received from Chinese clients […]

May 2, 2016
The Anti-Money Laundering Council last week filed a complaint against three top officers of Philrem Service Corp. for their involvement in the $81 million stolen from the Bangladesh account of the Federal Reserve Bank, which was laundered in Philippines, reports the Inquirer. The complaints filed in the Department of Justice were aimed at Philrem president […] 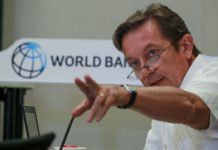 April 12, 2016
The World Bank Group said it supports the reform of Manila’s Anti-Money Laundering Act and bank secrecy law, following ongoing investigations into how $81 million in hacked funds from the Bangladesh Bank made its way through the Philippines. In its “Philippine Economic Update” report released on Monday, the World Bank said that global concerns over […]

March 22, 2016
Criminal charges have been filed against two suspects allegedly behind the $81 million money laundering scandal in the Philippines, local media reports. In its filing with the Philippines’ Department of Justice, the Anti-Money Laundering Council says it has sought to file charges against Kam Sin Wong and Weikang Xu for violating anti-money laundering laws by […]