Hong Kong-based company creating a gaming ecosystem based on the ethereum blockchain. Players are able to mine for SLOT tokens as they play games in land-based casinos that can be carried in a wallet and used for external purchases and to play Alphaslot games online. 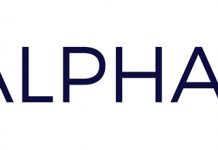 October 10, 2019
Alphaslot is a cloud-based application, aimed at seamlessly integrating digital avatars and utility tokens on gaming floors, enable in-game strategies to attract new players, and staying connected with players even when they are not on the gaming floor.  Alphaslot’s Application Program Interface (API) is a universal programming socket for the gaming world, with real-time updates […]

May 20, 2019
Blockchain gaming platform Alphaslot and Synergy Blue, the premier creator of skill-based games and platforms for an emerging class of players, have announced an agreement to explore bringing innovative entertainment solutions using Blockchain technology to casino gaming in the American, Asian and European markets. The strategic alliance allows Synergy Blue to explore how Alphaslot’s blockchain […] 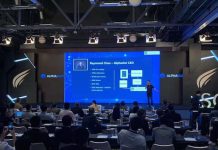 November 14, 2018
The first ever Sora Summit, which was designed to develop opportunities in the blockchain ecosystem, particularly in Asia, kicked off in Macau on Tuesday, attracting more than 70 speakers from key global stakeholders.

September 27, 2018
Founded by global casino gaming veterans, blockchain technology experts, and academic professionals, Alphaslot Lab aims to enhance the fun of winning in traditional casinos worldwide. The organization is working on building Asia’s first blockchain protocol, enabling a new entertainment world where the constraints of the centralized world give way to an open ecosystem that allows […] 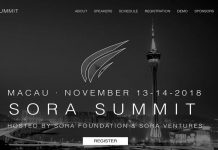 September 10, 2018
Sora Ventures is hosting a cryptocurrency conference in Macau this year in November, putting a spotlight on blockchain development in Asia. According to a report on NASDAQ, the conference is set to feature a wide variety of known industry experts, held on Nov 13 to 14. Jason Fang, managing partner at Sora Ventures, said one […]

August 17, 2018
Online and land-based convergence, blockchain, and disruptive technologies are buzz words frequently deployed to describe the next best thing in gaming, though to date there are few practical examples of companies successfully challenging the existing order.

Two years on from Bitcoin’s mainstream breakthrough, land-based casinos are beginning to explore valuable use cases for the technology upon which the leading cryptocurrency is built.