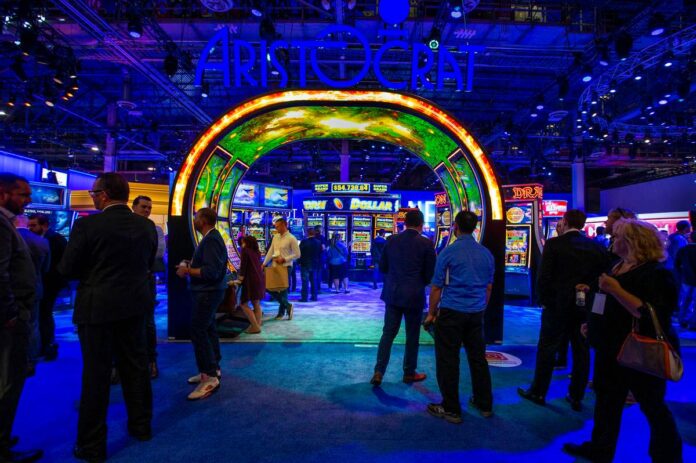 Good morning. G2E Las Vegas concluded last week and by most measures, the conference was very successful. We hear from Andrew Klebanow, principal of C3 Gaming Group who gives us a recap of the key themes discussed at the show.

G2E Las Vegas concluded last week and by most measures, the conference was very successful.  Observationally, the tradeshow was well attended.  Noticeably absent were attendees and vendors from Asia and some European nations due to continued travel restrictions. Nonetheless, domestic casino operators took this opportunity to venture out, visit Las Vegas and get back to business. Some of the hottest topics were cashless gaming and smoking bans. On the floor, suppliers demonstrated their latest cabinets, designed to catch the player’s attention.

SimplePlay has launched some great games earlier this year and more are coming. These titles have performed well, and have been welcomed by the operators. “Myth of Phoenix” was SimplePlay’s Q1 hit. A 4×5-reel, 50-line slot where Stack Top Pay Symbol may appear on the reels, it allows players to win up to 1000x.

JCM Global’s (JCM) new and innovative ICB ASAP is the biggest technological advancement to come to the count room since JCM first introduced its ICB system to the industry more than a decade ago. ICB ASAP is an acronym for Intelligent Cash Box with Automated Secure Asset Processing, and it automates the count room, dramatically enhancing productivity.