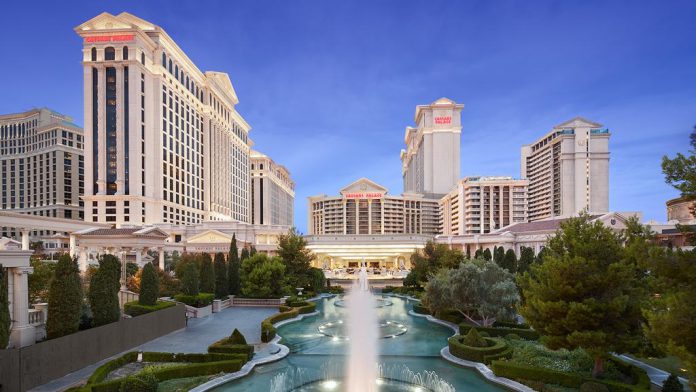 Twenty centuries after Julius Caesar prevailed in his second attempt to conquer the disparate tribes in Britain in 55 BC, Caesars Entertainment is emulating its famous eponym in trying again to plant the company’s flag in Japan.

The casino giant’s first foray across the Pacific paralleled the Roman army’s initial hapless incursion over the choppy waters of the English Channel. In a scattershot offensive, it dipped a foot at the same time in Hokkaido, Osaka, Tokyo and Yokohama. This lack of focus didn’t sit well with each local government and diluted Caesars’ overall efforts. Eventually, the stuttered progress of the IR passage and Caesars’ mega-merger with Eldorado Resorts was untimely for the operators’ Japan ambitions and it dropped from the IR race in 2019.

Barely 17 hours after the results of the Liberal Democratic Party presidential election on 29 September came the official press release of Caesars Entertainment joining the Clairvest consortium for the proposed development of the Marina City integrated resort in Wakayama.

It was no secret that Clairvest had long been seeking a casino operator partner, but had found few takers. All the major brands had fully invested their energies in metropolitan locations and Wakayama was only enough to whet the appetite of French casino outfit, Groupe Partouche, to join the Clairvest consortium.

The favorite had been Suncity Holdings, which ran a well-tuned PR ground campaign, which eventually saw it outscoring Clairvest in the formal evaluation process. Clairvest had looked to be heading out the door until Suncity’s unexplained abrupt withdrawal in May, leaving the Clairvest camp buoyant as it meant they were now the sole bidder.

The mood didn’t last because days later, Governor Nisaka casted a cloud of uncertainty in saying Wakayama Prefecture might pull out altogether if it is assessed their remaining option cannot pass muster in the site license bid. But continuing the tumultuous chain of events, Nisaka was to declare Clairvest as their official choice two weeks later. Two months later in August, the basic agreement was signed between the prefecture and Clairvest.

The revelation of Caesars’ entry creates confusion over Partouche’s future role in the consortium. Landing a catch like Caesars is no mean feat, plus the carefully curated timing of the announcement bore the fingerprints of Bill Weidner and Brad Stone, the two being the principals of consortium partner, AMSE Resorts Japan.

I first encountered Stone almost twenty years ago in the cramped offices of Sands China overlooking the Sands Macao construction site. He was lying on a sofa in the executive office foyer with his hands behind his head and his feet propped on the sofa’s arm at the other end. Dressed in denim jeans and a polo shirt, his casual and almost languid demeanor belied the man who is one half of the dynamic duo who conquered Asia for Las Vegas Sands.

A year later, as a member of the official Singapore government IR study delegation visiting Macau, I would witness a whirlwind Weidner literally hijacking our Minister from under the nose of Lawrence Ho in front of the Lisboa Hotel. While Jeff Parr of Clairvest is certainly no pushover, it’ll probably need the extra nudge in the heavyweight names of Weidner and Stone to reel Caesars’ Tom Reeg into the frame.

It was an almost perfect plan. Almost. For weeks, Taro Kono was widely touted as the firm favorite to become the next Prime Minister. However, with the largest Hosoda faction endorsing Takaichi and Kishida, and his own Aso faction refusing to unite behind him, it became an open fact that Kono would need a leg-up from ‘Kingmaker’ Toshihiro Nikai, if he was to claim the prize.

Nikai, of course, hails from Wakayama. Had it all gone to script, Nikai would have retained his powerful LDP Secretary General position and be owed a debt of gratitude from Kono, an obvious quid pro quo being to bequeath an IR license to Wakayama. Kono’s ascension and Caesar’s inception would have converged brilliantly to elevate Wakayama’s IR prospects.

Instead, Kishida in the top seat is the worst possible outcome for Wakayama. A key election promise by Kishida was to dismantle the stranglehold of the old guard within the LDP and impose term limits to the top four party posts below the president, a reform aimed squarely at Nikai. In reciprocation, it was said Nikai embarked on a behind-the-scenes anyone-but-Kishida crusade in the run up to the presidential election. Nikai’s maneuverings were critical to Suga’s win a year ago, but the tables were turned against him this time around by the 3A juggernaut of Shinzo Abe, Taro Aso and Akira Amari who steered Kishida into the driving seat. Kishida lost no time a day after his victory to replace Nikai with the latter as Secretary General and filled the other key posts from Abe’s Hosoda faction and the Aso faction, leaving Nikai’s faction empty handed. The aftermath may be ominous for Wakayama’s IR ambitions and rendered the Caesars announcement a bit flat.

As it is, with Osaka considered a safe IR bet, a scenario of the Kansai region bagging two of the three licenses nationwide is problematic. And then there’s the matter of an offspring of Stanley Ho as a primary investor in the consortium which poses probity challenges down the road. Unfortunately for Mario Ho, the highly-regulated gaming industry penalizes actors for the sins of their fathers.

With expectations for the Japan regulatory framework to be more stringent than that of Nevada, Singapore and Australia combined, it’s another tripwire facing the Clairvest consortium down the road.

The ancient Romans had described Britain as a land whose ‘sky is obscured by continual rain and cloud‘. It’s a fitting metaphor for the travails to realize casinos in Japan, and Caesars Entertainment will face an uphill battle to achieve in Japan what Julius did in Britain the second time round.

• Daniel Cheng is formerly the Senior Vice President of Development for Hard Rock International and the author of The Rainbow Upopo, a novel about the indigenous Ainu People in Japan.