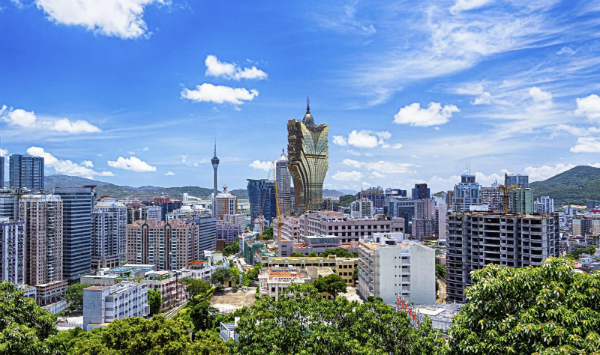 There has been an increasing focus on environmental sustainability in Macau. Just this week, Macau legislators have pushed the government to put more effort into reducing carbon emissions in the city, noting that the SAR can’t be a world center for tourism if it isn’t doing its part for the environment also. It’s nicely timed as we speak to Denise Chen, the chief sustainability officer of Melco Resorts about the company’s 2030 carbon-neutral target, and whether the pandemic has affected the timeline. In other news, Moody’s Investors Service has given Macau’s three U.S. operators a clean bill of health, commenting that liquidity is relatively good and their long-term prospects are solid despite the hit from Covid. In Japan, former Senior Vice-Minister of the Cabinet Office Tsukasa Akimoto, who is under trial for alleged bribery has been dealt a blow, after former 500 .com adviser Katsunori Nakazato testified against him.
Have a great weekend and see you on Monday!

Moody’s Investors Service has completed a periodic review of Macau’s three U.S. operators, commenting that liquidity is relatively good and their long-term prospects are solid despite the hit from Covid. However, the credit agency did note that both Wynn Resorts and MGM Resorts are likely to pursue “large, high profile,” integrated resort opportunities around the world that may have an impact on leverage levels.

Macau’s legislators on Thursday have asked the government to put more effort into reducing carbon emissions produced in the city, including measures that can further aid the transition to electric vehicles. In a 2016 study, it was found that Macau produces 5.91 metric tonnes of greenhouse gases per year, with 62 percent of all carbon emissions produced by the gaming industry.

Akimoto 500 .com trial: envelopes of cash in a bag of sweets

The Japanese public’s image of IR development is sure to suffer as details emerge of the alleged bribery of former Senior Vice-Minister of the Cabinet Office Tsukasa Akimoto. According to Nakazato, on September 28, 2017, he prepared a JPY3 million (US$27,300) cash bribe in the men’s toilet in the first floor of the House of Representatives office building by putting the cash in envelopes and hiding it in a bag filled with yokan, traditional Japanese red bean sweets.

Interview with Denise Chen: How Melco is making sustainability pay

Melco Resorts & Entertainment’s Chief Sustainability Officer, Denise Chen, speaks with Asia Gaming Brief Managing Editor Sharon Singleton about some of the initiatives the group’s integrated resorts are taking to reduce their impact on the environment. She explains that what’s good for the planet can also pay off on the bottom line.

WDTS’s Perfect Pay Baccarat was presented as a case study in successful innovation in the gaming space by Han Tian, MGM China’s Senior Vice President of Gaming Operations and Strategic Marketing at a seminar at the Centre for Gaming and Tourism Studies at the Macau Polytechnic Institute

IGT has adapted its business to the new normal to deliver business growth for our customers. During 2020 we continued with gaming innovation, new system updates and additions as well as growing our electronic table games portfolio.  In 2021 we will be launching many of these innovations.